Types of Beers You Should Taste Before You Turn 40 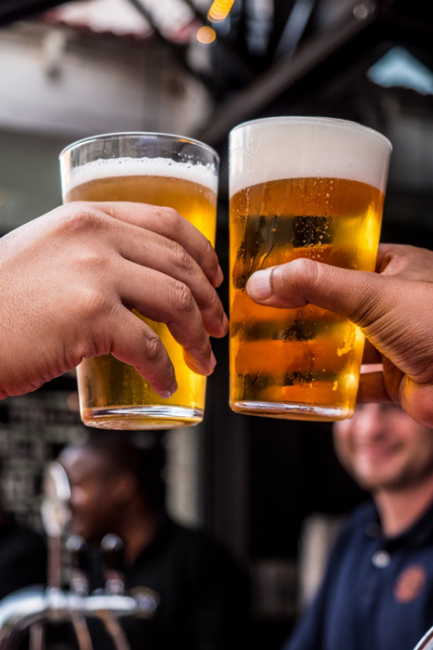 They say, “it’s never too late”. The saying can be true if you had to learn something new, something like violin. But when it comes to enjoying life to the fullest, it’s best if you let things happen when they actually should.

For some, life, or at least the most exciting phase of life, starts after 40. But if we were at your place, we wouldn’t wait to celebrate our 40th birthday to taste all the popular beers available in bars in Edmonton. We would rather give all of these beers a try well, way too well in advance.

These are some of the most common beers you’ll find across all the bars in Edmonton. Ranging from golden to deep brown in colour, these beers have different levels of malty character. Ale beers may have fruity, spicy, citrusy, or caramel hints in them. Some of the common ale types include amber, pale, brown, blonde, dark, red, fruity, and a lot more. Alexander Keith’s, Big Rock, Big Rig, Erdinger, Heineken, and Hoegaarden are some popular ale beers you’ll find in Edmonton. You can enjoy these beers best with American and British cuisine, seafood, cheese, and some meats like beef.

Looking for something milder yet crisp Then these rich golden-coloured lagers can be your pick. Lager beers are lighter in flavor and lower in alcohol content. This style of beer became popular in what is now modern Czech Republic and Germany. Most of the mass-produced beers of the world are lagers, but a wider range of styles are available. Some of the types of lagers include bock, amber lager, pale lager, dark lager, and a lot more. These beers can be excellent accompaniments to poultry, meat, Asian, German, and all sorts of spicy foods.

Stouts are dark beers that are similar to porters, but with stronger roasted flavours. But stouts aren’t always the dark pint you imagine. There are different styles of stout beers like oatmeal, cream, tropical, milk, pastry, and a lot more. This style also features mid to high alcohol levels. Stout beers go really well with meat dishes, heavy foods, desserts, and cheeses. The beer is meant for fans of strong barley or oat flavours.

So how many beers have you tried till date Create a mental checklist, and head to your nearest bar to try the ones you’ve missed. Or you can simplyhead to MonaLisa Pubto try some fine, chilled beers from our brewery to complete your checklist.

Your 40th birthday party is sooner than you think!